So, You Think You Don’t ‘Diet’? – your brain knows different

If you are ‘doing something’ – anything – to ‘control’ your eating then you are ‘on a diet’.

This ‘doing’ might be ‘choosing healthy food’, ‘curbing your portions’ or ‘resisting eating’ at certain times. Or even ‘burning extra food off’ using exercise. These are all dieting behaviours.

You might not be doing the ‘grapefruit diet’ or counting ‘calories’ or ‘points’, but if the ‘control’ of your eating involves any form of conscious effort then you are still very much on the dieting wagon.

There are many new guises for diet products and services like ‘healthy eating’, ‘leading a healthy lifestyle’ or the new buzz word for dieting – ‘wellness’.

When the mind is used to consciously make choices about eating it means the brain will always detect ‘deprivation’ in your eating. Maybe you resisted eating and waited till later to eat. Or you chose ‘wisely’ based on the nutrition knowledge you have amassed. Or you ‘cut your portions down’. Or, indeed, you ‘exercise off’ your food. All these behaviours create deprivation deep inside the brain.

Yes! Even ‘using exercise’ to burn off excess food eaten will create deprivation in the brain. There is no way to hide the use of ‘external appetite management behaviours’ from the brain. All the ‘behaviours’ you have orchestrated to try and fight or make up for your psychological appetite will produce deprivation. And deprivation will cause overeating in the end.

Deprivation is created when the ‘thinking brain’ is controlling your eating rather than the non-thinking part of the brain in direct connection with the physical body. As a result, many people have a steady drip, drip of deprivation into their brain which is accumulating to wreak havoc on their appetite (and physiology) in later years.

When the brain senses and stores deprivation it automatically makes you – the thinking person – more attracted to the way of eating you are trying to avoid. In other words, instead of eating ‘moderate amounts’ of ‘healthy food’ and ‘not eating too often’ it makes you unavoidably psychologically driven to eat in the exact opposite way. It makes you need to eat more than you physically need, to be driven to foods that the body wouldn’t choose for nutrition and to eat at times when you are not physically hungry.

It’s a scientific fact that all restriction – deprivation – leads to overeating more often, more food and less ‘healthy’ foods. The brain senses that you are taking over control with the mind and the silent brain-body connection isn’t there to do what it is meant to do (and to do all the ‘work’ for you).

When deprivation has accumulated enough – you have lived through enough conscious eating – the eating becomes very inconsistent. One month you are ‘on it’ and managing to ignore your psychological drive to overeat. But then, as the deprivation accumulates to mentally intolerable levels. You have to overeat just to feel ok. Many people spiral down over the decades until they are literally just about able to control their eating one minute and bingeing the next.

The main health benefit of learning to replace dieting with the body’s own internal control system is how consistent the eating becomes as a result. Prolonged and consistent eating affects both physical and mental health enormously. This effortless eating has the potential to heal all the physical damage to the body that cause digestive and other problems caused by inconsistent eating.

Diets can only be ‘up and down’. The core methodology of all conscious control of eating is flawed. In fact, dieting is the behaviour that actually caused people to develop their large appetite – their drive to overeat – in the first place. Without diets we wouldn’t need diets.

Another reason to take a great leap off the dieting rollercoaster is to also look at the mental health side of things. Having to be constantly vigilant about food and using the thinking brain to the control of the eating isn’t what the brain was designed for. This unnatural brain activity puts the brain in a very uncomfortable – stressful – state. It would be similar as having to consciously control one’s own breathing breath by breath, day after day. People describe the final years of dieting – before they hit ‘rock-bottom’ – as exhausting, depressing and shameful. They have had no idea that it was their ‘trying’ that was causing all the problems. They assume that it is their fault because how can the diets all be wrong? They are only just learning that all using the one same method – external control of eating.

The body and the brain keeps score of all the times you used conscious control of the eating leading to numerous mental and physical issues developing. Developing a larger than normal appetite that needs constant effort to control cannot be the fault of the person because the whole world – the diet, fitness and even medical industries – still advocate the ‘trying’ method (dieting) to help people deal with the appetite they have acquired. They don’t consider how to restore the non-thinking body-brain connection to the role it was meant for and reversing the damage done by inconsistent eating and the stress of it all.

This whole sorry mess of being at the mercy of diet, fitness and wellness industries can be changed by ceasing to view of eating as a behaviour to be controlled and treating it as the instinct that is truly is.

When a person switches to using the internal – physical – method of eating they experience a huge drop in mental discomfort – stress – because now they aren’t asking their brain to do something very unnatural. They realise it was tool they were using and not themselves that was the problem. So, they no longer feel ashamed. The depression – hopelessness and helplessness – goes away because they can see there is a solution rather than feeling like the more they tried the more they overate. And there is no anxiety of cravings or binges appearing seemingly out of nowhere because they stop coming. And there is no anxiety of rebound overeating.

Depending on how long a person has been stuck dependent on dieting determines how the journey out of it goes. For some, it can be a long and winding road to recovery. They will have many layers of emotional discomfort caused by being stuck fighting an appetite they did nothing wrong to acquire. Others may not have accumulated so much deprivation and secondary emotional disturbances and so can turn things around more simply and quickly.

Everyone is different. Everyone who has ever dieted has some level of appetite increase that from that point forward keeps them hooked on dieting and more out of touch with their physical body where eating control is concerned.

If you can identify with some of this with a client’s eating (or even your own behaviours and feelings), get in touch with me at Try Freedom – I will help you heal the damage of dieting and restore you to eating the way the brain intended – instinctive and effortless.

By Alison Hall Alison Hall is an Intuitive Eating counsellor and founder of HFI Training and Try Freedom There are now over 150 studies on Intuitive Eating showing benefit. There is also a plethora of evidence of the wider topics of Interoceptive Awareness, Food Restriction/Dieting/Binge Eating/Inefficacy Harm from Weight Loss / Reactance Theory. Click below to see the science: 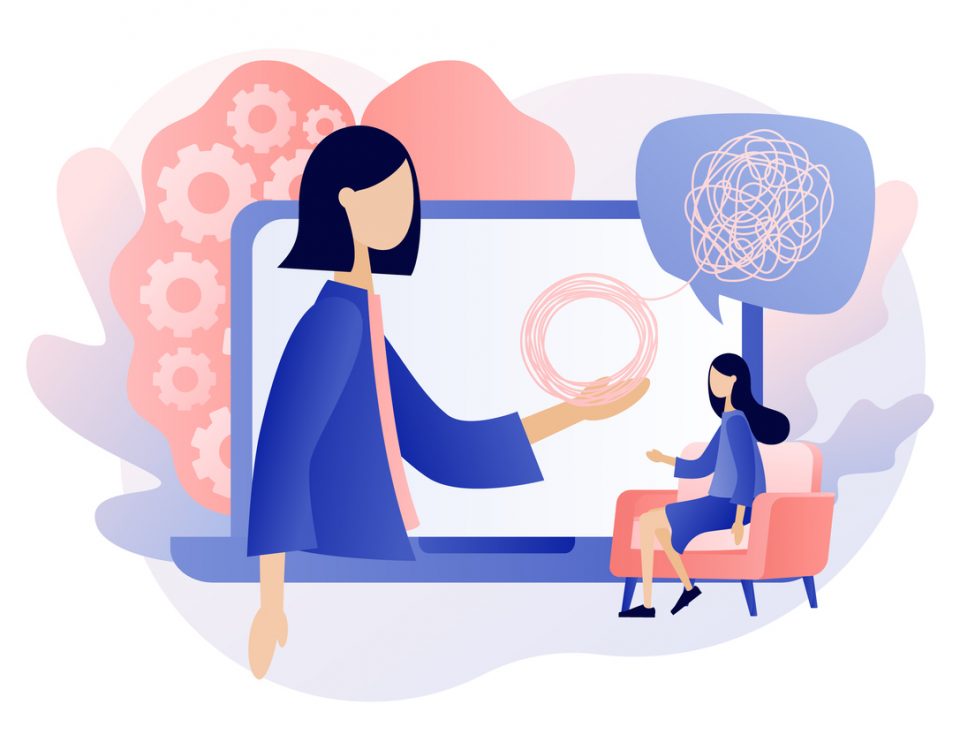 Empathy Requires Understanding – why your weight-cycling clients feel so terrible 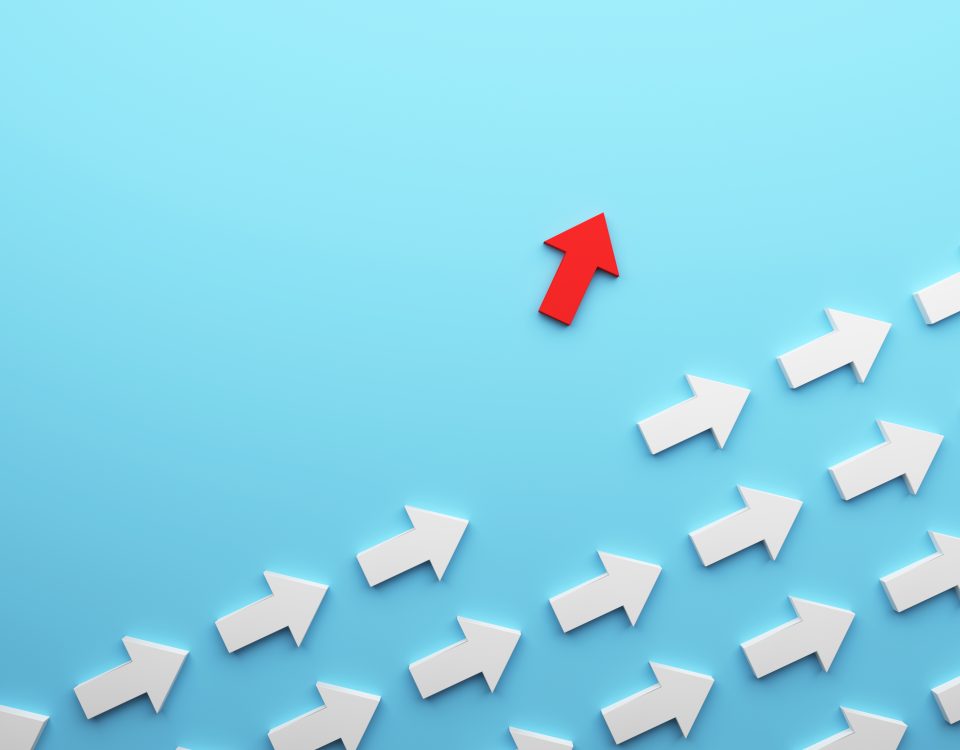 Why “Weight Loss” Has To Go

Level 3 Award in Designing Pre and Post Natal Exercise Programmes (cost for paying in 3 instalments £474.00 rather than £395.00 for a one-off upfront payment):

**COVID-19** Due to the current global health crisis we are obviously not running and live face-to-face training. But we are very busy doing lots of live distance learning with our existing students and newly registered students to complete their qualifications from home. Please get in touch if you would like to join them.

Distance and Online Gym Instructor and Personal Training Courses – there are no days to attend and so available throughout the year and anyone can attend from anywhere in the world*. *strict conditions apply, please contact us for more details.

All Other Courses are completed by distance learning and so available throughout the year.